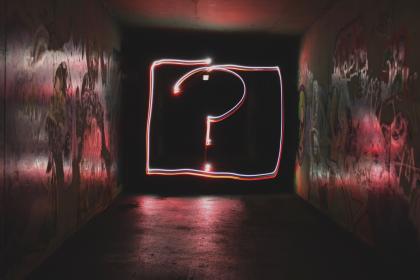 Every January 1st, a chap called Adrian Rosebrock‏ heads out somewhere quiet and runs through a reflective exercise. He asks himself four questions, looking back at the previous year and planning for the next.

I'm a little late to the party, this being February, but better late than never. A hat tip to the Rogue Startups Podcast, who mentioned Adrian's questions in episode 118.

(If you like podcasts and you're running a startup (or want to be), I recommend you add Rogue Startups to your subscriptions. I find a lot of startup podcasts seem to end up as a conveyer belt of founders touting their product, but Rogue Startups seem to have found a nice balance between sharing their personal experiences and featuring founders.)

Anyway, back to Adrian. I really like his approach. I don't take enough time to look back and really give thought to what went on in the previous months or year, and when I do it tends to be through a different prism - what did I do that made me a better person, or what did I do that took my closer to my financial goals.

1. What went well this year & gave me life

2017 was a busy, busy year. The biggest change, professionally, was that I quit freelancing to go full time on my biggest project, Readable.io.

Speaking of Readable.io, it's come on leaps and bounds. I've been able to extend it and add interesting features, and response from the customers is good so far. It's in a kind of positive feedback loop at the moment, which is fantastic.

I've managed to get back to playing squash again, and getting some regular exercise is definitely giving life. After a few weeks of playing regularly the difference in mental sharpness is clear, and it's definitely a huge physical benefit to someone who otherwise spends their time standing around in an office all day.

I replaced all my old monitors with new Dell ones. Four of them. They're much nicer to work with.

2. What went poorly & took life from me

Trying to juggle freelance work and product development and support was, I'm sure, a huge life drain.

And with Readable.io, switching domain early on in the year was a very unpleasant process and extremely stressful. I'm glad, now, that the move is done, but it did not go as smoothly as I'd hoped, and I have no intention of going through that again!

Other than that, there are two things which I found hugely frustrating throughout 2017, but for different reasons.

The first is ApolloPad. ApolloPad is a project I wish I had more time for. Right now, though, I have to focus on the project which is paying the bills. Seeing an opportunity and not having the resources to exploit it is verry frustrating. Unfortunately, that's having a knock-on effect; I built ApolloPad so that I had the app I wanted to write with, but I'm finding it hard to motivate myself to write with it at all.

And the second is Cheatography. It's ad-supported, and making a trickle of income. It doesn't take a lot of maintenance, but it's also hard to know what to do with it. Ideally, I'd like to find a way to monetize it more effectively. It's providing plenty of value, with tens of thousands of cheat sheets being downloaded every week, but it's hard to translate free downloads into any sort of income.

Finally, although I really enjoy my office, I've been working there largely alone for the best part of three years. I'm getting a bit cabin-feverish and it's getting a little repetitive.

3. How can I double down on good things

Top of the list is to continue to focus on Readable.io. At the end of 2017 I started work on a major new feature and some changes to the interface for the app. Those are both really exciting changes, and I can't wait to get them out. Once they're released, then I need to keep my finger on the pulse of customer feedback and make sure I'm building the site to do what they need, rather than what I want.

4. How can I get bad things off my plate

And now, the tough question. With the end of freelance work, the juggling is over and I've got a lot more time now to dedicate to my projects. But for the others ...

First ... I am absolutely not going to move Readable.io again, unless it is to an overwhelmingly brilliant domain name!

ApolloPad needs some attention. It doesn't need me to be full time on it, but it does need to start getting some momentum back. I think the first step is a plan that can be put into action without a huge investment of time, and giving the site enough attention that the users aren't constantly worrying it's going to vanish and know that it's under development. I also think I need to refocus it on novels - my last batch of work was to expand the functionality to include blog posts and other forms of writing, and although it's nice to have that facility, that's not what it's aimed at. I can always reintroduce that kind of add-on functionality later, once I've made more progress with the core technology and making it a viable business.

For Cheatography, I need to make a decision this year. I have three options:

I'm leaning towards the third option three, but it's hard to justify spending time there instead of the other projects.

And I'd like to introduce a bit more variety in my working life, so I think trying to find some interesting places to co-work or remote work is going to help relieve a little of the monotony that's set in.