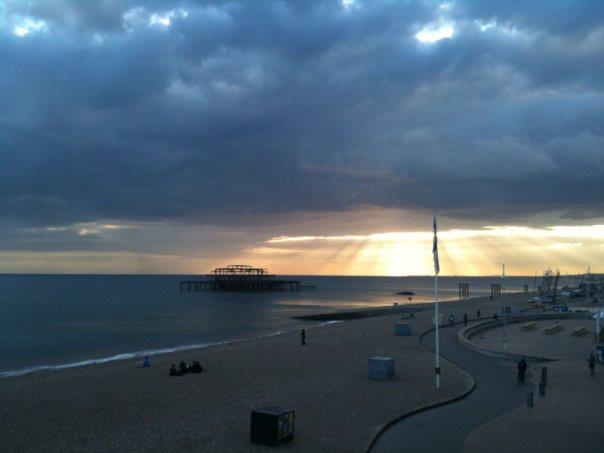 Paul Silver posted an article recently - Starting a bootstrappers group and I wanted to add my two cents. Paul covered the history of our small Brighton bootstrapper group well, so I won't rehash it here. Instead, I thought there would be some value in me talking about what I've benefited from and how I think it might evolve.

We've been meeting up for about a year, with anything from four to fourteen people at each meeting. There are certainly some regular faces, and everyone is at a different stage in their product development journey. In addition to that group, I'm part of a couple of awesome Slack bootstrappers groups, and in touch with a few other bootstrappers independently.

The value I've got out of each meeting, and the value I've been able to give back, has varied hugely. That's probably to be expected. But where I've benefited is:

I had an awesome day when I got to demo ApolloPad. I think demos are hugely valuable, and they are something that we often don't get to do much of as bootstrappers, especially while building our products.

It's been generally good for my motivation - I usually achieve a bit more on the days following a meeting.

And it's been great socially, because without that and similar meetings I can go weeks in my office without much socialising with other developers.

What's Not Been So Good?

We have a "check-in" each meeting, which has often dragged. I like the idea of the check-ins, but there are a few things that keep those from being useful. I think the periodicity of the meetings is one problem - several of us get an awful lot done in a month, and there's not enough time to run through all of that (nor would most people want to), and things achieved early in the month can often drop out of the brain before the next meeting.

The infrequency of the meetings presents another problem - it's difficult to explore a particular question or topic with the group unless it happens to coincide with a meeting. Right now I've got some issues I'm trying to get my head around with Readable.io growth, and while I have the Slack and forum groups to turn to, there's huge value in face-to-face discussion as well.

The forum struggles for the reason most forums do - it's a small group, and there's not enough posting to keep it feeling lively. Forums need a minimum amount of activity to feel useful - if there aren't regular posters and threads, people don't post new threads because they don't think there's any point because they won't get a reply, and voila, a vicious cycle.

It's not growing. Paul touched on this in his post, and it's fine to have a small group, but new blood is valuable, to bring in new ideas, and to replace those who leave the group.

A lot of the organisation is resting with Paul, and none of the above is a criticism of his effort. Likewise, none of what I'm suggesting below is intended as a demand that he does more or does anything differently. I think maybe the right approach is to work out what is the right shape for the group, and then work out who can do what to make it happen - if indeed there is any appetite for change.

Timing: Let's meet more often, and later in the day, rather than the middle of the day. I propose we meet on Wednesdays at 4pm. If that's too frequent, alternate Wednesdays. Here's why:

Focus: Let's make the first meeting of the month a "demo day", for anyone who wants to demo something. That can be anything from a simple piece of functionality, to a full product. Demos give great feedback, and they are a skill most of us do not get to practice often. We might be able to convince some other people to come along for a specific "demo day", from marketers looking to join a product, to potential investors, to people working on larger products in Brighton who are maybe interested in giving some feedback on specific ideas, but not in joining a bootstrappers support group.

Agenda: For the non-demo-day meetings, I think our existing structure is pretty good. A little social chatter, a quick check-in, and then a discussion, usually exploring whatever topics have come up in the check-ins. I think with an afternoon meeting the social chatter naturally fits well at the end (and we'd also have more to talk about), so I'd lead with the check-in. One of the members came up with an idea in Slack which I liked as well - making the meetings more topical. Maybe we should have a specific angle to each post-check-in discussion - growth one week, churn the next, drip email campaigns, newsletters, blogging, third-party services, hiring good help, best practices for cancellations, and so on. Paul records the meetings at the moment, but topicality might make those recordings a lot more useful.

Management: I think Paul does a lot already with organising the Farm, and there are at least three or four of us going regularly enough that sharing the load of organising the group shouldn't be hard. I'd be happy to put in some time to help, if that's going to help. As one of those people that broached this with Paul after LTV last year, I probably should have done more from the start (but I do have a good excuse, honest).