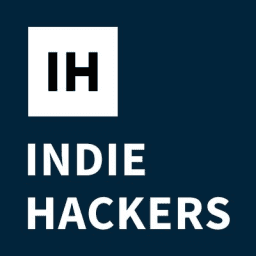 When Courtland from Indie Hackers posted on reddit to introduce his site, I was (like most people) impressed by both the quality of his interviews and the presentation of the site. So I was chuffed to bits when Courtland asked me to do an interview for the site.

Courtland's interviews are pretty in-depth, and cover everything from your origin story, to struggles you've had to overcome, to what you would do differently if you had to start again:

Top of the list would be — I'd hope I'd spot the opportunity I had back in 2004, and not wait until more than a decade later to develop it further. I suspect the work I've done in the meantime (and the mistakes I made with my other projects) have been a huge part of why the site is now successful, but that doesn't mean I don't look back and wonder where I might be now if I'd started this journey sooner.

I found the whole process really useful, and hope you find the interview as interesting to read as I found it to do! And so, without further ado, here's your link: